Shūji Terayama’s Throw Away Your Books, Go Out into the Streets! 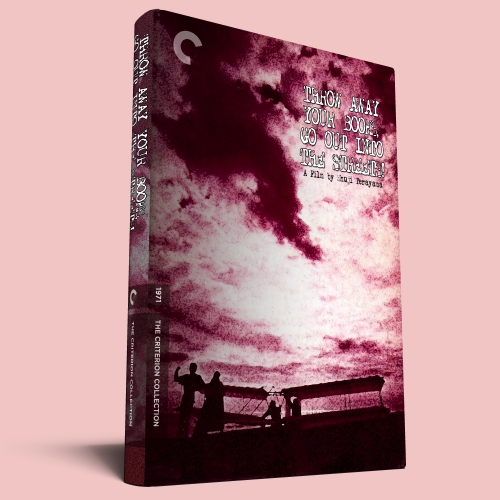 For a lot of people fortunate enough to have seen Terayama’s first feature-length film, Throw Away Your Books, Go Out into the Streets!, the most common description I’ve heard is “unwatchable.”  This is usually followed by, “the soundtrack is good though.”  Personally, I think the score fits the film, which I do enjoy a great deal but it’s not exactly a film you can passively watch while scrolling for internet hentai.  It’s a product of its time, when everyone (not just Japan) was rebelling against every establishment imaginable.  Terayama was no different.  An established playwright, artist, scenarist, and filmmaker (mostly shorts up until this point), his film does subvert the very idea of coherent narrative structure.  Without a definite beginning, middle, and end, most people would dismiss the film as a mess of ideas thrown together precisely to annoy any audience.  Maybe it is.  Maybe that’s why I like it.  You wanna fight about it?